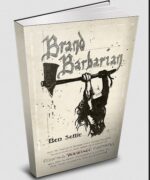 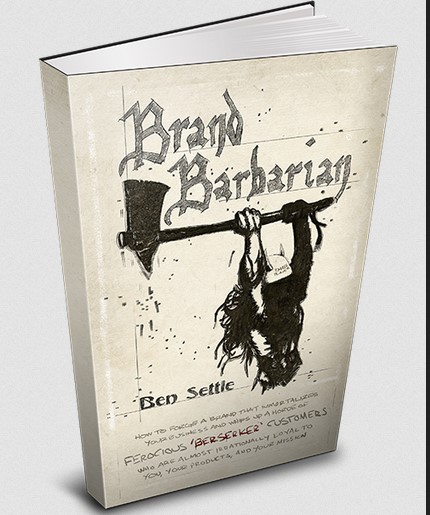 Controversial Author’s Popular Book About Creating A Million-Dollar Brand Reveals How To Whip Up A Ferocious Horde Of “Berserker”-Like Fans Wanting To Buy Everything You Sell!

Here are just a few of the tips it teaches:
– A clever trick (used by famous “Mad Men” ad agency owners in the 1960s) for creating a near maniac-like rush of passionate clients & customers wanting to buy ONLY from your brand! (While coldly ignoring – and sometimes even having contempt for – other brands you compete against. Page 17.)
– How the infamous newspaper mogul William Randolph Hearst went from being a shy mama’s boy & Harvard drop-out with a weak, high-pitched voice… to having arguably the single most powerful, most recognized, & most influential brand of his day! (Hearst’s brand was so big, it struck fear into the hearts of all his enemies… including the famous Joseph Pulitzer, the widely respected Theodore Roosevelt, and even the all-powerful U.S. government – which constantly wanted to silence him. This secret branding method Hearst invented right after being expelled from Harvard found on page 28 has been used since then by extraordinarily influential businesses to become successful very quickly. Best part: The less recognized your brand is now, the better it can potentially work.)
– The completely unorthodox secret movie director Frank Capra used to make himself one of the most famous brands in Hollywood. (Capra admitted he didn’t particularly “like” doing this, but could never deny how much power it gave his brand, his influence, and his box office gross. Page 61.)
– A “dignified” way to (ethically & legally… without going darkside) use blatant hate & prejudice to create a brand that has almost no choice but to attract hordes of new business… even if you screw everything else up! (Warning: This will not win you any new friends and will almost certainly create haters & trolls. So if you are someone who cares what other people think, you probably should pass on using this particular tip. Otherwise, see page 33.)
– An unusual product cover design method invented by Marvel Comics that can quickly make your business’s brand more recognized, more respected, and more revered. (Brand Barbarian doesn’t talk a lot about design and image. But this doozy – that is also used by one of the only graphic designers the great Dan Kennedy has ever endorsed – is easily one of my favorite branding strategies. Go to page 25 for the details.)
– An admittedly weird branding technique the inventor of “Dungeons & Dragons” used to go from being a small town cobbler to creating a multi-billion dollar gaming industry from his basement! (Virtually nobody does this, much less understands it. But once you see how it works, you can potentially build a brand as big as you want – on your own terms, and in a way your competition will probably never be able to keep up with. Page 32.)
– A powerful “twist” you can put on your branding (used by a few rabidly-followed brands like In-N-Out Burger, Fox News, and the Chicago Cubs) that can make outrageously high prices & fees almost completely irrelevant. (If you ever wanted to charge high prices for your products & services, but didn’t know how… simply start using this tip on page 22 and see what happens!)
– How a few of today’s most popular politicians are creating “election winning” brands that almost effortlessly attract millions of votes, tens of millions of fans (and enemies…), and hundreds of millions of dollars to their parties & campaigns. (Including when facing impossible odds… like Bill Clinton did in 1992, and Donald Trump did in 2016 – despite being hated by the entire mass media & even his own party! The fun begins on page 64.)
– The mysterious “anti-hype” branding methodology (based on Disney’s infamous Man In The Magic Mirror character) that flips the script so customers nag & chase you down to buy your offers… instead of you nagging & chasing them down! (I taught this gem at a prestigious branding bootcamp once. And you don’t need any prior credibility or credentials for it to work. See page 96.)
– How to purposely use the secret linguistic-inspired method J.R.R. Tolkien did to accidentally create a legendary brand that is still #1 decades later… still generates multiple tens of millions of dollars decades later… and will continue to be the top seller in the epic fantasy genre decades later! (And before you even ask… you do not need to be a creative genius or professor of languages to do this. In fact, if you can read, write, and follow simple instructions… you can not only start using this as soon as you learn it, but you can potentially profit from it very quickly, too. See Page 34.)
– One of the world’s greatest fitness book publisher’s advice for how to turn the Federal government into an unofficial “wing” of your business’s marketing department! (Adding a shiny new layer of prestige to your brand by default. Page 30.)
– A little-talked about branding secret (discovered by a world-famous psychologist) that lets you glide right past your market’s skepticism, disbelief, and resistance to buying from you. (There is admittedly nothing at-all “sexy” about this… and it takes a strong work ethic to pull off. But brands who do it tap into a near-limitless power of persuasion & influence most businesses never experience. See page 27.)
– How to “benevolently torment” people into wanting to buy from your brand. (If you want to see multiple examples of this after you learn it on pages 109-110, simply watch the blockbuster movie “Spider-Man 2” and take notes.)
– A heavy duty – yet 100% simple to learn – strategy (used by a wildly successful late night talk show host) for creating a world-famous brand out of thin air!