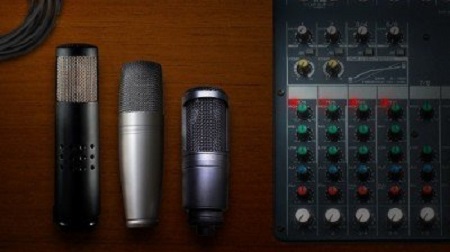 Every great rock song starts with a stellar vocal. Get ready to learn the fundamentals of recording rock vocals from Andrew Wade, who’s worked with A Day to Remember, Motionless in White, and dozens more.

Andrew will cover everything you need to know about recording, editing, and mixing vocals for modern rock songs. You’ll learn about mic selection and positioning, key mixing techniques, and the secrets of time and pitch correction. You’ll also learn about how to work with each individual artist to get the sound they want.

By the end of this course, you’ll be fully equipped to work with a variety of male or female vocalists to get the results you need, from screaming to cleans and everything in between.

Andrew Wade is a producer, engineer and songwriter who is the brains behind Orlando’s The Wade Studio. With over two dozen albums in his credits, he’s best known for his work with A Day To Remember and The Ghost Inside