Mariah Carey Teaches the Voice as an Instrument – MasterClass
$25.00 Add to cart

Mariah Carey Teaches the Voice as an Instrument – MasterClass

Mariah Carey Teaches the Voice as an Instrument – MasterClass 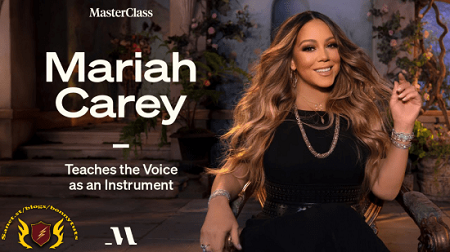 With a five-octave range and soaring whistle tones, Mariah Carey reigns as the matchless “Songbird Supreme.” Now, for the first time, she’s opening up her studio to show you how she creates. Learn how she uses her iconic voice to write songs, collaborate, and produce—and discover how some of her biggest hits were made. Draw inspiration from Mariah’s journey and connect with the power of your own creative voice.

Since her first U.S. Billboard Hot 100 chart-topper, “Vision of Love,” in 1990, pop-music icon Mariah Carey has created 18 additional No. 1 singles—more than any other solo artist in history.

Beyond her iconic vocals, Mariah’s songwriting and producing prowess and her distinct spin on hip-hop, R&B, and pop earned her a spot in the Songwriters Hall of Fame. With two diamond-selling albums and five Grammy Awards, Billboard has named her the “Greatest Female Artist of All Time.” Now she’s showing you how to tap into your own greatness through the power of self-expression and your creative voice.