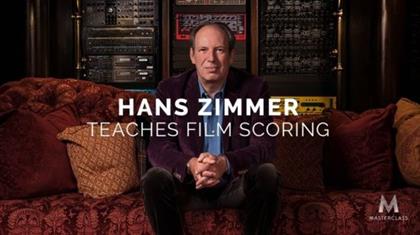 Zimmer is best known for creating some of the most iconic, successful scores in modern film history. He has received four Grammy Awards, two Golden Globes, and an Oscar for Best Original Score for The Lion King. Some of his most popular scores include Terrence Malicks The Thin Red Line, Ridley Scotts The Gladiator and Christopher Nolans The Dark Knight trilogy.

MasterClass offers access to some of the best minds working in the film and music industry through affordable online courses. Through the platform, instructors create engaging online classes with interactive assignments and course materials that create a unique educational experience. Some of the previous instructors include Kevin Spacey, Aaron Sorkin, Werner Herzog and Serena Williams. Most recently, MasterClass announced another class taught by deadmau5 on electronic music production, continuing to strengthen its roster of music instructors.