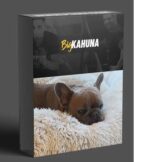 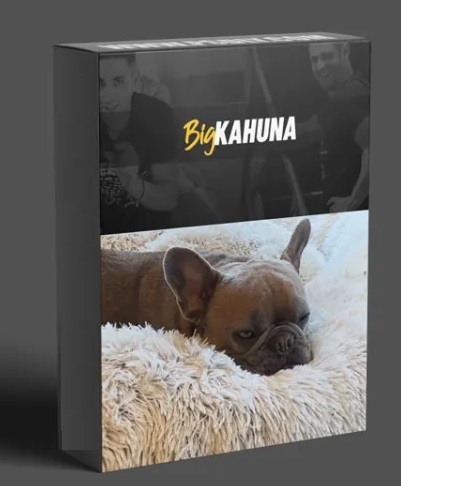 What You Get:
Money Boss
This is exactly what I would do if I lost it all. And had 0 money, 0 resources, 0 credibility, 0 skills and not a clue what to sell.

Social Media Boss
I have 100’s of testimonials from students in this program who made their first dollar online. You don’t need a product to sell. You don’t need followers. You don’t need to be in front of a camera. You just need to follow the Social Media Boss System and let it go to work for you.
Email Income Experts 1.0 and 2.0
Before I ever made money on video, I made millions using email. I wrote over 1,000,000 words of email copy so you don’t have to. I’ll show you exactly how many of my students are making $5,000 – $10,000 a month by sending simple emails.

IG Agent
Ohhh god. IG Agent. This program caused such a f*cking stir. Because it worked so well that I took it OFFLINE. Sorry not sorry. The IG Agent method was making my company millions and I didn’t want any more competition. Now that I’m retiring, it’s yours – have at it, my handsome friend.

Power Speaker
“Jason Capital’s advice doesn’t make sense. He’s just good at speaking”. People say shit like that about me on Reddit. I disagree with what they say about my advice. But I agree that I’m a helluva speaker lol. Cocky? Sue me. I know what I’m good at and what I’m bad at. I’m bad at managing employees. But I’m DAMN GOOOOOD at speaking. Put me on stage. Or in front of the camera. Makes no difference. I can get through to people on a deep level. But it’s not inborn. There’s a formula making it happen behind-the-scenes. Power Speaker reveals everything I know about speaking on stage, on webinar or in front of the camera. This is a fun one I rarely promoted. Enjoy.

Sales God
I’ll be blunt: When I was a Men’s Dating Coach, I had a bag of 30+ tricks to mindf*ck someone. Sometimes you needed them to handle the big guy at the bar who was bullying you. Other times, you needed them to make her want sex now (and have her think it was her idea). Little did I know these same tricks could be used to get money now. Sales God was shot in Bora Bora at a private mastermind event I held there. It’s awesome. You’ll love this one.

Persuasion X-Files
A while back, I was exposed to a side of persuasion that many would prefer to stay hidden. Fact is.. there’s a darker side to persuasion. A series of more advanced techniques that could be by unethical people to manipulate and cause harm to others. I was unsure whether I should make this available. However, the number of emails I get asking for it convinced me to release this. My feeling is as a Jason Capital customer, you have your head screwed on right so you’ll get all 10+ hours of the Persuasion X-Files. Don’t make me regret including this for you.

Converter
It is the only program that shows you how to turn the people around you into paying clients, close confidants. TRUE BELIEVERS IN YOU and your life’s work. No matter whether. It’s the CEO of your company. ?It’s a car salesman you’re negotiating with. ?It’s a high-ticket client opportunity.?It’s your social media followers ?It’s your girlfriend who’s adorable but distant.. It just doesn’t matter who you’re talking to, or the outcome you’re trying to achieve-you have all the skills, tools and resources to CONVERT LEADS, FRIENDS and even SKEPTICS, in-person and online.

Influencer Intensive
Ever thought about becoming an Influencer? Be careful what you wish for BOYYYY! Just kidding. In 2018, I realized if I wanted to keep making money with my personal brand, I needed to get fame as an Influencer. I didn’t use social media. I didn’t know any influencers. I had no advantage. But within a year, I had over 1 million followers and I was making more profit than ever before. Being an influencer is possible for anyone willing to step in front of the camera and deal with the hate comments you will get. But if you have the thick skin required for it, there’s a helluva cool lifestyle waiting for you on the other side. In Influencer Intensive, I pull back the curtain and show you exactly how I did it. My Influencer blueprint.
Capital Copywriting Certification

In 2018, I partnered with an online company generating $1,500,000,000 a year (that’s $1.5 Billion per year). They made all that money with their special copywriting system. I was desperate to share their system with my clients and students. So we recorded a 12-hour program covering everything they do to get the highest conversions on the Internet. It completely changed the way I make money online. I would not be here today without this program. It’s that good.