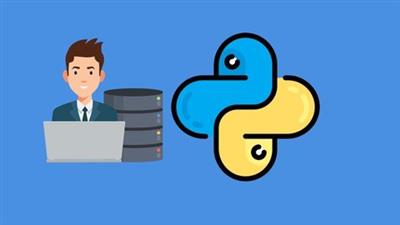 What you’ll learn
Python Development Environment Setup
Django Development Environment Setup
Jupyter Notebook Server Setup
Python Programming Fundamentals
Python Object Oriented Programming
Python Modules and Packages
PostgreSQL Database Setup
Git and GitHub Setup
Build a Python Django Todo List Web App
Build a Python Django Portfolio Web App
Build a Python Django Image Upload Web App
Deploy web apps to Heroku Cloud Platform for hosting
Build a REST API
Description
A Python Django Engineer writes server-side web applications using Django software. You write code and develop back-end components for applications, then integrate your work with front-end developers. You must test, troubleshoot, and debug code for any application you work on.
Python is a high-level, interpret object-oriented programming language that has large enormous library support making the implementation of various programs and algorithms easy. It has a set of language and object-oriented approach aims to help programmers to write clear, logical code for various projects.
Django is a high-level, web framework written in Python for rapid development and pragmatic design. A framework is simply a collection of modules that are grouped together for creating web applications from a reliable, pre-existing existing source. Django offers a large collection of theses modules.
Django is a popular Python open-source web development framework used for rapid web development and clean, pragmatic design. It is a robust and approachable framework that lets you focus on your application by having salient parts pre-baked that are fairly standard practice. This framework makes it easier to focus on writing apps instead of reinventing the wheel.
Django is used in all sorts of tech stacks, including Instagram, Pinterest, Mozilla, and Eventbrite. Companies everywhere are actively using Django and invested in its development
A REST API (also known as RESTful API) is an application programming interface (API or web API) that conforms to the constraints of REST architectural style and allows for interaction with RESTful web services. REST stands for representational state transfer
An API is a set of definitions and protocols for building and integrating application software. It’s sometimes referred to as a contract between an information provider and an information user-establishing the content required from the consumer (the call) and the content required by the producer (the response). For example, the API design for a weather service could specify that the user supply a zip code and that the producer reply with a 2-part answer, the first being the high temperature, and the second being the low.
In other words, if you want to interact with a computer or system to retrieve information or perform a function, an API helps you communicate what you want to that system so it can understand and fulfill the request.
You can think of an API as a mediator between the users or clients and the resources or web services they want to get. It’s also a way for an organization to share resources and information while maintaining security, control, and authentication-determining who gets access to what.
PostgreSQL is a powerful, open source object-relational database system that uses and extends the SQL language combined with many features that safely store and scale the most complicated data workloads.
GitHub is a website and cloud-based service that helps developers store and manage their code, as well as track and control changes to their code.
Heroku is a platform as a service (PaaS) that enables developers to build, run, and operate applications entirely in the cloud.
Who this course is for:
Beginner Python Developers
Beginner Django Developers