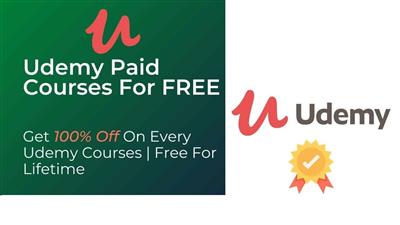 Java Web Application Development Course, Learn To Build Java Projects Using JSP, JDBC, Servlets,Swing,Maven, Spring Boot
What you’ll learn:
Gain in-depth understanding of core & advanced features of Java
Master design principles, best practices and coding conventions for writing well-designed, professional Java code
Get real-world experience by developing an Java based Web application using technologies like JSP, Servlets
Master Object-Oriented Programming concepts by using a real-world application as a case study
Requirements:
Knowledge Of JAVA
Description:
If programmers run the world, then Java programmers sit at the center of that power structure. If you plan to be a programmer, below are 5 reasons why you should start with Java.
It’s the most commonly used programming language in the world. It’s a de facto standard. According to Oracle, 3 billion devices run on Java. The TIOBE Programming Community Index is updated monthly and regularly lists Java as the most popular programming language. Why the constant popularity? Because it has many real-world applications. IEEE Spectrum ranked it as #2 among the 2016 top programming languages.
It’s a good precursor to learning other programming languages (like C, C#, and C++). Java is a solid core language. Web and non-web environments, all operating systems, all types of devices…you’ll find Java everywhere. For those in favor of learning Java first, a key factor is that it teaches you to think like a programmer. You’ll learn the language, but you’ll also learn some key underpinnings of programming as well. It’s also an object oriented programming (OOP) language. Learning OOP requires students to master a certain level of logic. You have to learn how to think through processes in both the specific and the abstract. Again, that provides a good base for learning programming in general.
It’s a mature language. Java is 22 years old (Java 1.0 was released in 1995). In other words, in the programming world, it’s been around a long time. How does that help? If you’re new to programming or just new to Java, nearly any problem that you will run into has been run into by someone else. Any question you can ask has already been asked, answered, and posted online in some programmer community. There are loads of resources available to help you if you get stuck on a task.
It prepares you for many open, well-paying developer jobs. A recent search on gooroo shows the average U.S. salary for jobs requiring Java in January 2017 is $95,864. It also shows 11,611 monthly advertised jobs in the U.S. Java is pervasive. It powers Android apps, server apps, financial apps, Big Data tech, and so much more. It’s a skill that should serve programmers well in the job market for years to come.
You’ll find lots of like-minded, passionate programmers. Because it’s been around so long, there are lots of Java practitioners. If you check Meetup, there are 1,751 meetups worldwide, with 886,056 members, including our own Zip Code Wilmington Meetup. Here are other places to check:
Java subbredit
Google “Java Users Group” and your city. JUGs are everywhere.
Oracle’s Java Community page
Who this course is for:
Beginners In JAVA
Homepage