Udemy – Spy Communication – The History of Encryption
$20.00 Add to cart 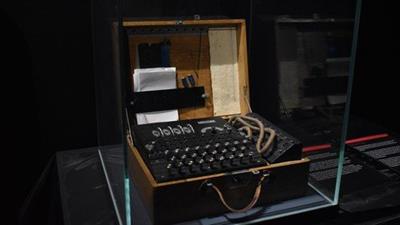 The History of Cryptography
Requirements
no
Description
Cryptography probably appeared at the same time as writing. As civilizations evolved, they were organized in tribes and then kingdoms. This led to the appearance of power, politics, battles and supremacy. This led to the necessity of secretly communicating with the recipient. This is how cryptography developed.
The oldest proofs of cryptography are found in the Egyptian and Roman civilizations. During and after the European Renaissance, various Italian and Papal states contributed to the rapid evolution of cryptographic techniques. In the 15th century appeared better coding techniques such as Vigenere Coding. It used moving letters in the message with a number of variable places instead of moving them the same number of places. After the 19th century, cryptography evolved from the more simple forms of encryption to the more complicated science of information security. In the early 20th century, the invention of electromechanical and mechanical machines, like the Enigma rotor machine, offered more complex means of coding the messages. During World War 2, both cryptography and cryptanalysis became very mathematical. Until the 1970 governments were usually dealing with cryptography. The invention of computers and the Internet has made cryptography accessible to common people. Cryptocurrency uses cryptography to keep the identity of the users secret and help create a decentralized system.
Who this course is for:
People who want to learn about Cryptography